I’m Lee and my journey with running began in my teenage years when I started taking part in cross country at school. I found that running long distance came easily and I began to excel at this particular discipline. From this I then went on to run for the school, spending some of my weekends running around Graves Park. I developed a love for running which in turn led to a six month stint with the Hallamshire Harriers.

However, like a lot of teenagers other factors came into play such as girls and nights out with my mates. Running fell by the wayside, except for getting me out of a few sticky situations!!

Then at sixteen my running ambitions hit another hurdle. I started to struggle with my health and was diagnosed with Crohns Disease which can be a debilitating and life restricting inflammatory bowel disease. The disease also left me with osteoporosis. This led to long spells in hospital over a two year period, resulting in major surgery, having my large bowel removed and a permanent ileostomy bag fitted. Although this was a life changing decision it gave me my quality of life back and has never held me back.

I went on to secure employment, meet my partner Lex and settled down in my own home. Life was busy and so I only flirted with the idea of getting back into running and improving my overall fitness. Running was something I was always thinking about and was always going to do but time kept ticking by.

Then in 2017 I began to face my next battle. After having a few problems with my shoulder and hand I was sent by my GP for further exploratory tests. While this was ongoing my partner was facing her own physical and mental health challenges. Her struggle with mental health began to escalate and accessing the appropriate support became even more challenging.

In March 2018 my test results were back. It wasn’t good news. I was diagnosed with early onset Parkinson’s Disease and the test also highlighted an aortic root aneurysm. My life changed again overnight.  Parkinson’s Disease is a progressive neurodegenerative disorder that affects dopamine levels in the brain which can impact on an individual’s movement, speech, balance, memory, sleep and emotional wellbeing to name a few. However, each person’s experience of Parkinson’s Disease is individual to them. At this point I am in the early stages of my diagnosis and treatment. If you met me in the street you probably wouldn’t know I had Parkinson’s Disease.

Although the movement side of the disease is minimal my diagnosis has had an impact on my mental health. Then the unthinkable happened and Lex’s mental health began to deteriorate, ultimately impacting on her physical health and leading to her sadly passing away.

The combination of my diagnosis and losing my partner of 22 years has affected my mental health and at times it has been a struggle. Despite my struggles with my health the one thing that kept coming up in relation to Parkinson’s Disease and mental health was the positive impact of exercise. This naturally brought me back to running.

Getting out and starting to run again gave me focus and has been a big help with my mental health. After doing a few Park Runs I heard about a local running group near where I live, The Ingle Runners. So I decided to give it a go and joined the men’s group. Although it had been a few years since I had ran regularly the team at Ingle Runners are very welcoming and supportive and have put me at ease. The running club is for all abilities and it doesn’t matter what stage you are at in respect of your running journey, anyone can join in.

Despite all the health challenges I have faced throughout my life I am getting out there and running again. I cannot emphasise enough the positive effect that joining the club has had on my mental health. It has reopened my social life, got me out of the house and stopped me climbing the walls. It’s restored my motivation and my fighting spirit not to give in.

So would I recommend Ingle Runners you ask……….you bet I would!!! 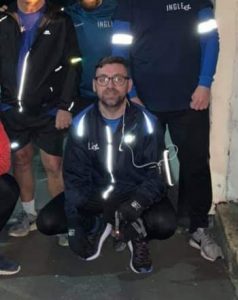 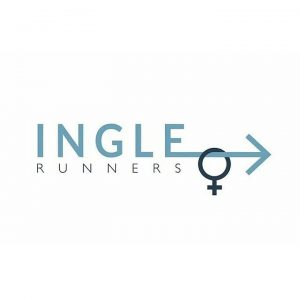