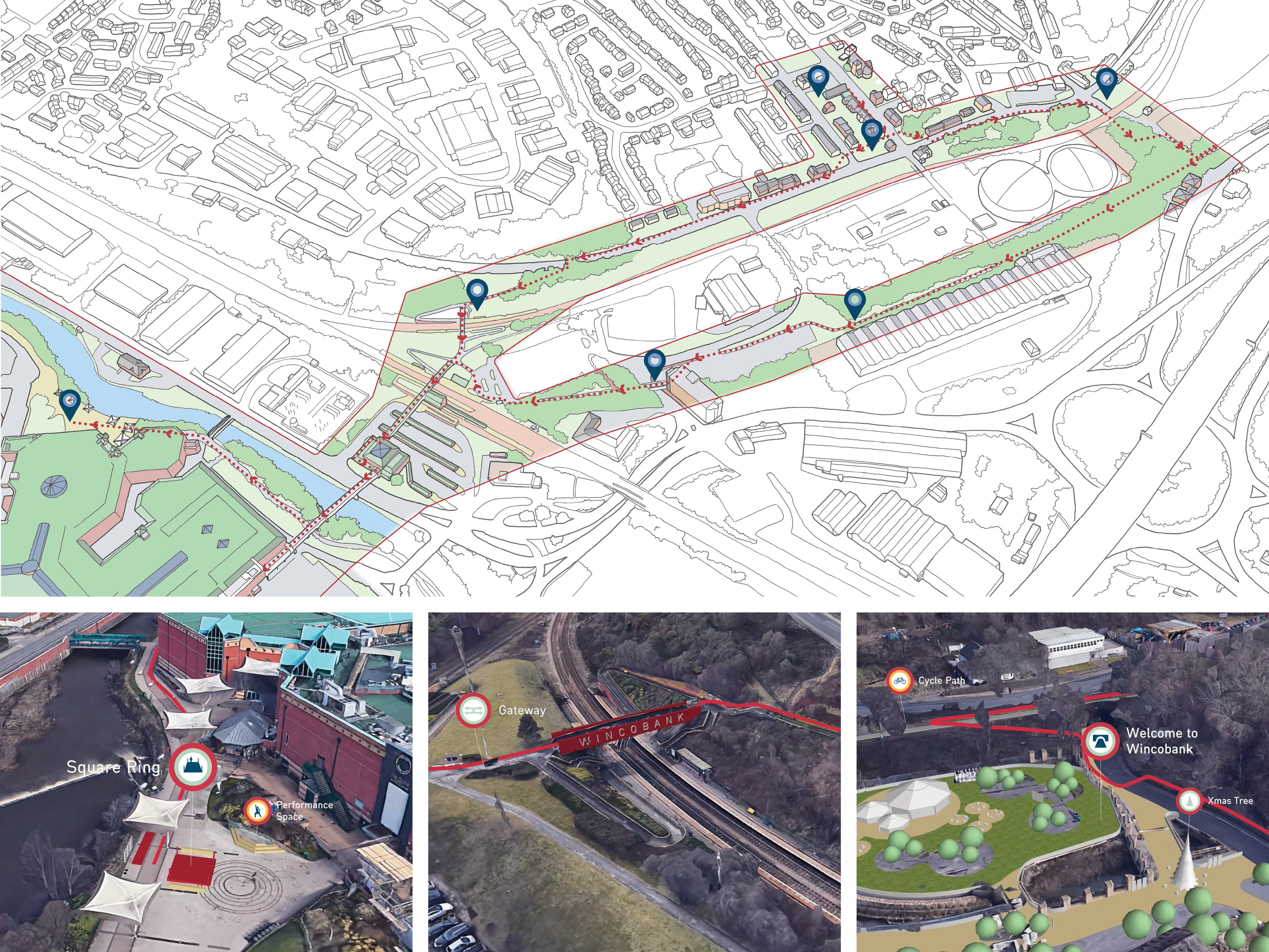 The Ingle Way through Wincobank would feature new running routes, play areas and even a nature reserve if the exciting proposals are brought to life in their entirety. It has been designed to celebrate the achievements of boxing legend Brendan Ingle, who trained four world champions to glory from his gym there and gave hundreds of young people a leg up in life. Brendan Ingle ‘people’s memorial’ to include public square and walkway The circular route beginning at Meadowhall was drawn up by students at the University of Sheffield’s School of Architecture, working in conjunction with Brendan’s family and members of the wider community. Their vision is based around the great man’s principles, including self-discipline, respect for others and the importance of education. Plans for the Ingle Way through Wincobank, Sheffield. There are proposals to improve the area around the famous boxing gym, dubbed Brendan’s Pockets (pic: Sheffield School of Architecture) “The Ingle Way celebrates the values and teachings of Brendan Ingle, using his legacy to reinvigorate Wincobank and continue to connect the community as the area looks to the future,”

Read more at: The Sheffield Star