I’m 53 years old born in June 1967. I got married at St Thomas’ church opposite the gym 30 years ago in September this year. I have 3 children who are all now grown up. I work at Supertram on the wheel lathe ( I machine the tram tyres)

In January 2017 I weighed 18 st 9.5 lbs
I’d been wanting to lose weight for sometime but didn’t have the know how or the determination. My daughter had joined weight watchers at the village hall a few months earlier and lost over 20lbs. I hoped it could help me and was inspired to join by her success . To be honest it wasn’t really my environment sat in a room full of women discussing healthy eating and weight loss issues. But I decided to give it my all and committed to it 100%. I followed the plan and with the support of everyone at the group the weight dropped off 5 st 4.5 lbs in just under a year.  I also did C25K to help me but it took me about 6 months to complete the 9 week plan .

Over the next 6 months I ran a bit more, but my weight fluctuated.
In June 2018, I got a Bakers cyst behind my knee and this unfortunately me stopped doing any exercise for 3 months! This lead me to gradually put weight back on and whilst I never gave up, I wasn’t as focused and stopped following the plan properly.  Once the cyst cleared up I just didn’t pick up my exercise again and slowly gained just over 2 st over the next 12 months.

In Summer of 2019 I started to become aware of a running group for women down at the Ingle gym as one of my daughters friends was running with them.
I saw pictures on Facebook and Instagram of them going up Jenkin rd and was incredibly impressed! I’d also seen posts about the interval sessions on the common on Thursdays too but held back from joining.
I then I saw that there would be a mens group starting up. I had a chat with a friend Andy Barker about joining and we both said we’d possibly give it a go .
My eldest son Jordan asked if I fancied doing concord Parkrun, I’d not been running for ages but decided to give it a go. It was just before the mens group launched and I think to publicise it the women’s group were out in force! You couldn’t help but be impressed with the way they supported each other that day, the camaraderie between them was tremendous! 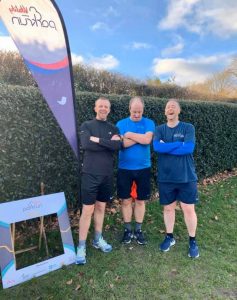 I had a chat with Wayne about joining the mens group after the run and although I couldn’t make the first meeting I joined on the 2nd Tuesday.
It was a bit of a shock when we went up Newman rd that night !! But I learned it’s ok to run /walk if you need to. It was a tough start but I was hooked. As the weeks went by I slowly improved my stamina. I started attending Thursday nights too and have really got hooked on Saturday Parkrun.
Everyone at the group is really supportive of each other even though most are far better runners than me they never look down on you.

Weight wise, the running has really focused my mind again. I know now mindset is so important. Since the the turn of the year I’m ½ stone down and at my lowest since May last year. My goal is to get myself in to the healthy BMI range and with amount of running I’m doing combined with healthy food choices I’m sure its attainable. 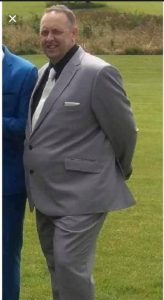 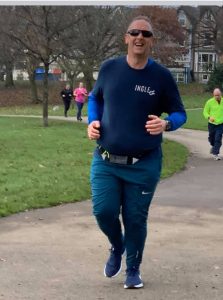