We tweeted earlier this week that the rise in hate crime has nearly doubled in just three years. Within schools, these incidents and crimes are towards teachers as well as amongst students.

This week ex professional boxer and firefighter Amer ‘Killa’ Khan from the Ingle boxing gym delivered a talk to the pupils of local secondary school, Hinde House. Amer previously went to this very school, and is a relatable person for the current students. On top of his full time job AND helping coach the professionals at the Ingle Boxing Gym, he is a key contributor to the foundations projects… delivering talks, workshops and coaching for our Brendan Ingle Scholarship programmes and mentor schemes. 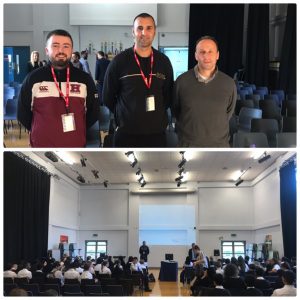 The assembly’s were  held to not only raise awareness of hate crime as a whole, but to also inform students how to identify and report hate crime. These talks were a chance for some of the foundation staff to introduce themselves, who will be working closely with the school in the future. The presence of relatable mentors like Amer, Conor and Sophie within the school aims to bridge a gap between students and teachers, and encourage a communicative environment for all participants. There was a huge emphasis on the boxing gym being a shared space for all, regardless of background, race, religion and so on. These talks proved both inspiring and educational to the year groups involved, and everyone at the foundation looks forward to future plans with Hinde House. 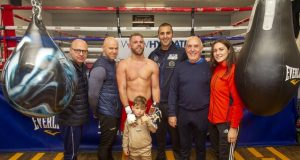 Follow the link below to read a recent write up in the Sheffield Star!

The foundation works very closely with local schools and will be posting more information about the Brendan Ingle Scholarship programme soon.

Last year, as a part of an alternative learning set up with local schools, the Brendan Ingle Foundation carried out a mentoring scheme with a small number of pupils at high risk of either expulsion, criminality or anti-social behaviour. The programme consisted of a mixture of boxing sessions in the gym, onsite mentoring at the schools and extra curriculum from interview skills to litter picking in the community.  The aim of these sessions were to teach a number of skills such as self-discipline, self- conduct, respect and sociability, all of which can be transferred into strong foundations for everyday life. 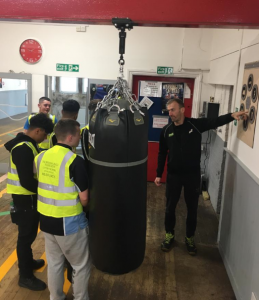 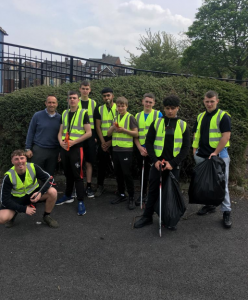 Amer Khan was one of the coaches to take part in delivering the talks, classes and workshops at the schools, having attended the same high school as the group of students, he demonstrated that it is possible to turn a lifestyle around and contribute positively to society. The idea was that along side the health and fitness benefits of boxing, the sessions would also include exercises and activities that would build confidence, teaching the students that they too are capable of achieving big.

One particular student who found himself on to a promising pathway through the programme was 16 year old Liam Arundel. Who at the time was predicted to fail most of his GCSE’s and missing a majority of school. Through the process of mentoring with Amer and the Brendan Ingle Foundation he achieved good marks in a majority of his core subjects and secured himself a place on a Level One Mechanical Engineering course at Barnsley College. As if this wasn’t enough he picked up some incredible boxing skills, showed immense dedication and drive, and went on to box competitively winning a number of amateur bouts. Liam is a shining example of a lost teenager who has developed into a confident, friendly and hardworking young man. With huge boxing profiles such as Billy Joe Saunders and Kid Galahad around the Ingle gym,  he’s looking up to the best in the business. He is still an active boxer for the Ingle gym, and top of his training and college course, Liam comes into the gym to spend time with the next round of pupils coming through the mentor scheme, leading by shining example. The sky’s the limit for Liam! 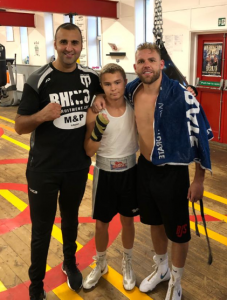 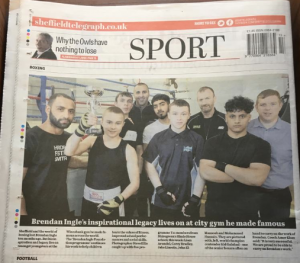 Today marks the first day of National Hate Crime Awareness week. Hate crimes in the UK are on the rise, just in the last year there has been a 17% increase in crimes and incidents. The organisation (NHCAW) is campaigning to encourage authorities, councils, police and other key partners to help reduce hate crimes and incidents in their local areas.

We know that Brendan firmly believed regardless of your background everyone had a place in the Ingle gym, as long as you showed respect for not only yourself, but for the people around you…

Here at the Foundation we strive to carry this on throughout the community and are working along side the South Yorkshire police in a campaign for a Safer Sheffield. We are providing social, fitness classes and run clubs for the locals, creating a safe place for all, a wider sense of community and connection, as well as improving general well-being. Follow the links to find out more about the National Hate Crime Awareness organisation, and how you can support it.

Friday the 4th of October was a special day in Sheffield with the official unveiling of the Brendan Ingle plaque outside the famous Ingle boxing gym. Lots of familiar faces gathered on Newman Road, Wincobank, who’s lives have been heavily impacted by Brendan’s positive life philosophies and selfless actions. Amongst those were the likes of former world champion, now Sky Sports presenter Johnny Nelson, professional boxer Kid Galahad, and Sheffield musician Shaun Doane. It was a family occasion with Alma, Dominic, Bridget, Tara and John all present. The cast Iron plaque is a modest installation on the foot of the entrance to the boxing gym, where the ‘Ingle Way’ will eventually begin. (You can find out more about this just a few clicks over from our blog on this website. ) The modest plaque has been funded by generous donations from both football clubs Sheffield Wednesday and Sheffield United, Parsons Cross Boxing Gym, Matchroom Boxing as well as a number of private donations. The plaque is just a small gesture in a very big picture for the community. With plans to develop the outside playground in the near future, the foundation is increasing the use of this outside space more and more through it’s various projects in sport and physical activities. There wouldn’t be a more suitable way to honour Brendan Ingle’s memory. An ode to his legacy. 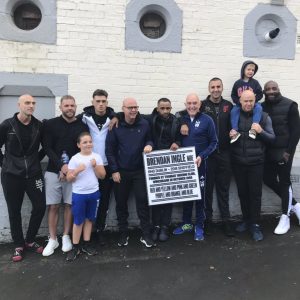 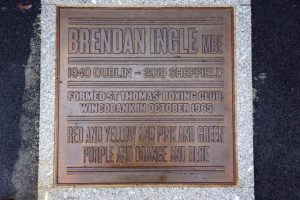 Last night we held our second Women Only Boxing session at the Ingle Gym. After successfully launching the class only last week, we opened the doors to 22 smiling faces! A huge well done to all of the ladies who took part. This is a community class open to all ages and levels. Our main focus is to get fit, have fun whilst doing it and learn some boxing skills along the way! You can find our session times on our website.

Watch this space to see what else we get up to… 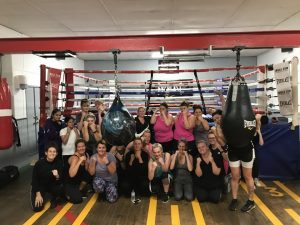 A huge thankyou to Wickersley school who raised £2400 as part of their sponsored walk for the Brendan Ingle Foundation.
Also a massive thanks goes to George who helped make this happen by presenting how the charity helps the community

Follow this link to watch Johnny Nelson’s appeal for people to donate towards the Brendan Ingle Foundation:

Your donation will help fund a memorial in Sheffield along with the fantastic work the charity does within the community and local schools. Your contribution will continue Brendan’s legacy of bringing communities together, encouraging respect and tolerance and especially improving the prospects of local young people.

A huge thankyou to all that donate!

Adult Boxing Fitness Classes
Location: Ingle Gym, Newman Road S9 1LP
Tues/Thurs: 7-8pm Sat: 3-4pm
Recommended for anyone aged 18+ looking to improve their fitness and learn the basics of boxing. Delivered by qualified ABA boxing coaches. If you know someone who would be interested please share this post with them.
Cost: £5 per session
What to wear/bring: Sports clothing, comfortable trainers, bottle of water and hand wraps if you have them. Other equipment will be provided
Any questions? Feel free to get in contact
Email: regan@brendaningle.com

Commencing on the 22nd July for 4 weeks the Brendan Ingle Foundation holiday club is a great opportunity for local young people to engage in sport activities, meet new friends and improve team working skills. The sessions will be delivered by first aid trained qualified coaches.
Focusing on boxing, gymnastics and dance amongst other activities it is sure to involve something you are interested in. Share this post if you think you may know anyone interested.
Spaces are limited so please get in touch.

Any questions send them by email to regan@brendaningle.com

Ages: 8-16
If spaces available, exceptions can be made for younger children.

What to wear/bring: Sport clothing, comfortable trainers and a bottle of water